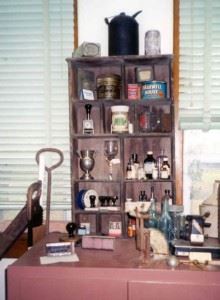 The town of Rose was created from the town of Wolcott on February 5, 1826. It comprises an area of approximately 21,850 acres of gently rolling drumlins and beautiful valleys in the northern section of the town, while the southernmost area is very level.

Caleb Melvin, Alpheus Harmon and Lott Stewart were the first settlers in the town, arriving in 1805. Caleb Melvin settled about one mile south of Rose Valley and is credited with building the first log cabin, and, later, the first frame house in the town.

Two interesting occurrences took place in the early history of the town of Rose. Around 1840, a number of citizens of the area came to believe that chests of gold and precious gems were buried in locations throughout Rose. They were guided to the locations by the direction of spirits through a medium. Groups of people would assemble at night in various locations and silently dig for the treasure. The legend was that if a single work was spoken before the treasure was found, it would disappear and evil spirits would rise up against those present. Needless to say, no treasure was found, and those involved finally gave up the search.

The other occurrence was the formation of a religious group called the "Neversweats". Nothing is known of the origin of the sect, but for a time, it flourished in the town of Rose. It is said they believed in the bible but had no organized church, and they spoke in unknown tongues. For a time, this group prospered and converted many, but, gradually, the group declined and today nothing is left but a legend.

Up until 1873, the hamlet of Rose, or Rose Valley, as it was known, was the largest hamlet in the town. However, in that year, the Lake Ontario Shore Railroad was completed. It ran through the northern part of the town, with a station at North Rose. With the completion of the railroad and a stop, business boomed in the quiet little hamlet of North Rose.

Today, the town of Rose is home to just over 2,240 resident. The railroad no longer runs through North Rose, and both Rose and North Rose are again quiet little hamlets.