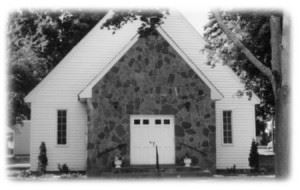 The town of Arcadia was formed from the town of Lyons on February 15, 1825. Arcadia is comprised of approximately 31,000 acres of fertile soil and gently rolling drumlins, the highest point of which is Brantling Hill, Wayne County's only ski slope, and the lowest point of which is the nationally known Zurich Bog.

The hamlet of Hydesville, northwest of the village of Newark became known throughout the world as the birthplace of modern Spiritualism, when, allegedly, Margaret and Katie Fox made contact with the spirit world on March 31, 1848.

Today, the population of the town of Arcadia numbers 14,889, with 9,682 living in the village of Newark. Newark is known as Wayne County's center of industry, with such well-known companies as Fold-Pak Corporation, Hallagan Manufacturing, IEC Electronics and UltraLife Batteries.