In response to a modification of the State Law, the Board of Supervisors designated January as the open enrollment period for Wayne County. At that time, properties that are actively farmed, but not included in the Agricultural District may be enrolled in the District. Fill out the Open Enrollment Form (PDF). Contact Wayne County Economic Development and Planning for more information at 315-946-5919 or email Ora Rothfuss. 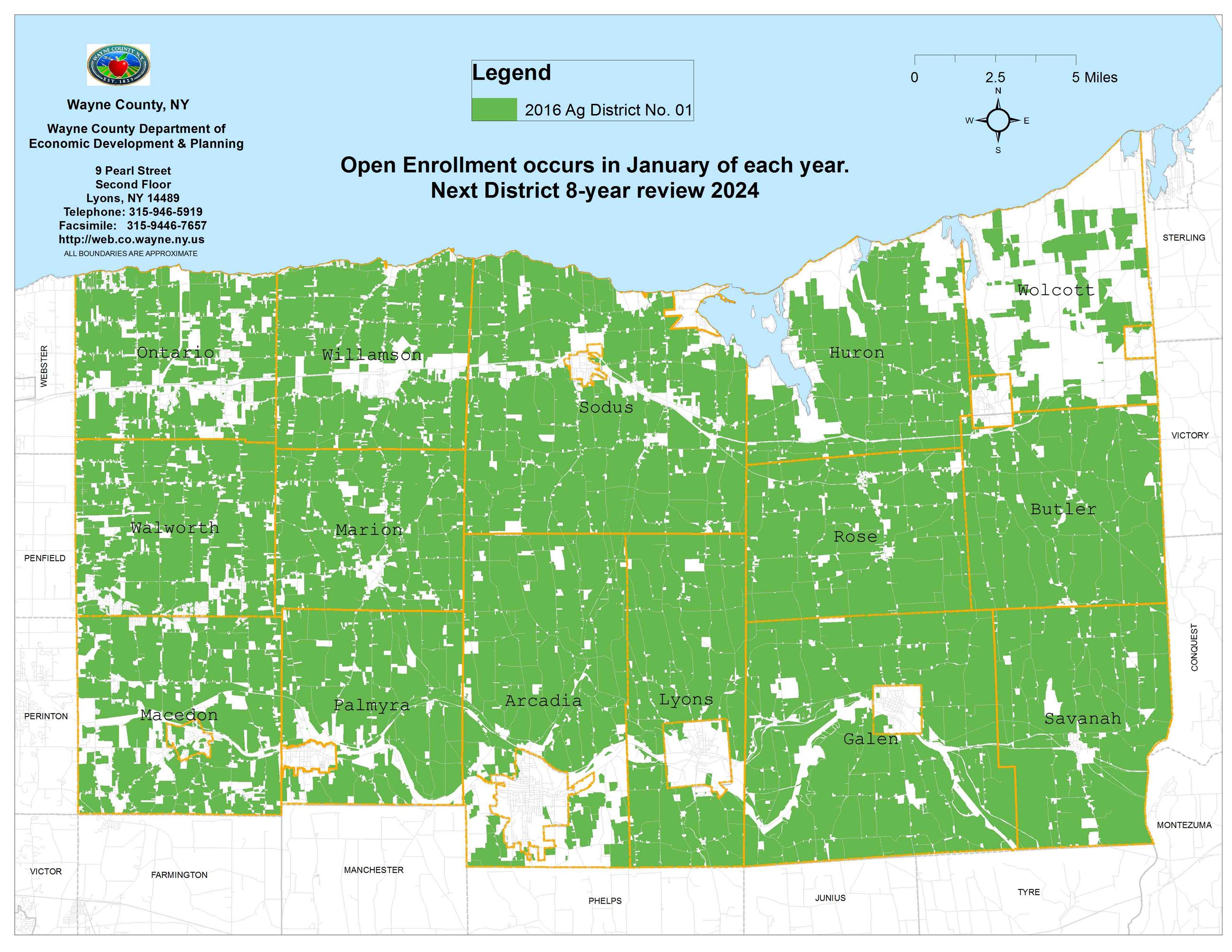 Agricultural Value Assessments -The agricultural assessment program allows eligible farmland owners to receive real property assessments based on the value of their land for agricultural production rather than on its development value.

The ADL (Section 305, subdivision 3) directs all State agencies to encourage the maintenance of viable farming in agricultural districts and directs the modification of their administrative regulations and procedures to effectuate this policy insofar as is consistent with the promotion of public health and safety and any federal laws, standards, criteria, rules, regulations, policies or requirements, including provisions applicable only to obtaining federal funding.

Many thanks to Wyoming County Soil and Water District for allowing us to use their Agriculture District webpage as the basis for this webpage.